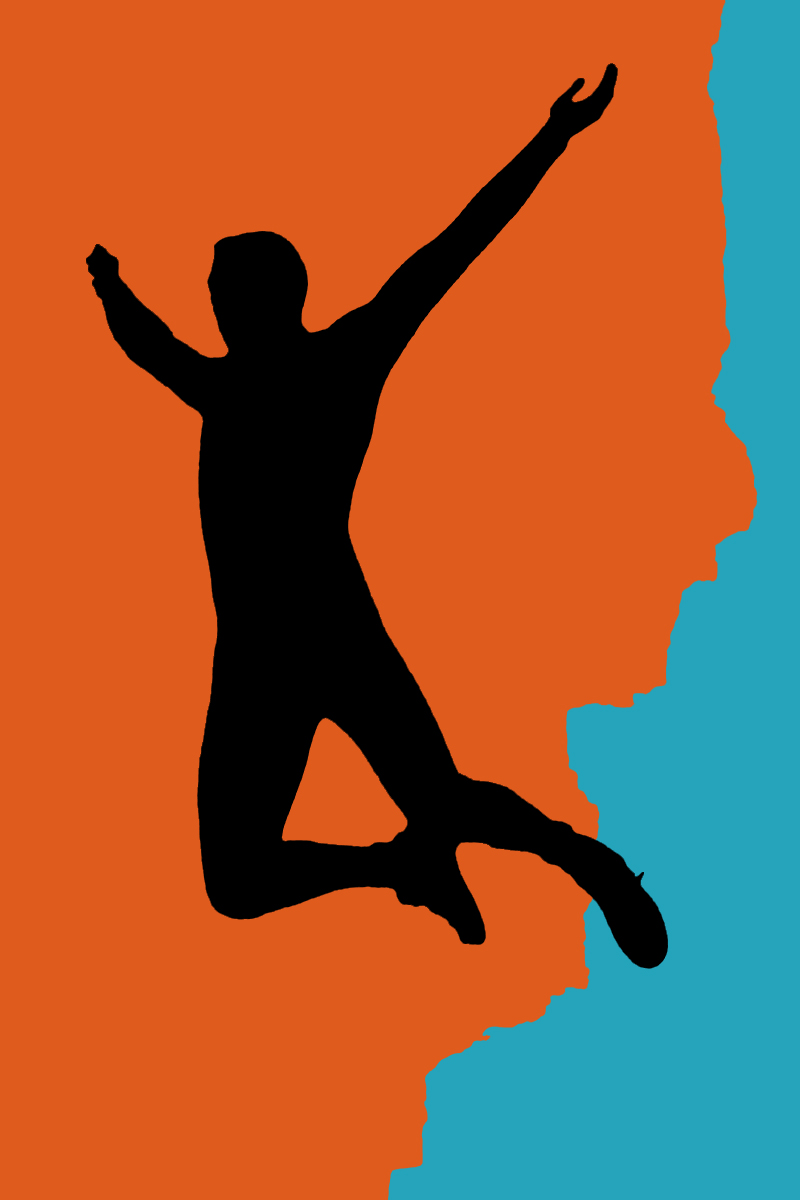 Jumping off a 50-foot rock in Costa Smeralda (coast of Sardinia, Italy) was not something I had planned to do during a recent week of sailing to celebrate my 60th birthday.

It wasn’t the water I feared as much as the thought of jumping off a 5-story building and avoiding a big splat upon hitting the water.  It turns out that wasn’t all I had to fear, however. Spoiler alert: I survived and have some takeaways from the experience to apply to the big challenges we all encounter in life.

The combined climb and jump falls (pun intended) into the category of the most intense physical challenge I’ve faced in my life.  I’ll confess, I didn’t feel as if I needed to prove anything to anyone at this stage in my life. So why did I do it? First, the backstory.

As with many things in life, what I thought was going to be the most difficult aspect—the decision to jump—proved not to be the case. Surprisingly, it was the climb up to the top of the rock that proved incredibly treacherous, even death-defying.  I had to swim from the sailboat to the rock to begin the climb. The combination of wet feet, smooth upward sloping granite with few opportunities for grips and breaks, accounted for the ascent challenge. Each step was perilous, as a misstep or slip would result in a slide down or fall toward the jagged rocks below.  After climbing halfway up, I then realized aborting to head back down would be as dangerous as going to the top and jumping.

I am not a fearless risk taker and would not have attempted a challenge this dangerous without the ship’s bosun as my guide.  I had watched this tall, young muscular athlete jump from the rock a half hour earlier. Why not give it a try? I was familiar with the meaning of the oft-cited business term, ”risk management,” but this was different.  I had not realized the biggest risk—climbing up on the back side of the giant granite rock—occurred at the very end of this climb. Once arriving at the top, I still needed to leap three feet onto a small landing pad with no margin of error on the leap, in order to be in position to jump from the rock facing the sea.  Gulp. It turns out that I had not asked enough questions of my guide.

So, as in life, what do we do when we find ourselves in situations we didn’t anticipate and we need all our inner and sometimes even physical strength to prevail?  How do we access that reservoir to tap what’s needed when we’re really tested? This is where it helps to reflect on a series of other tests we’ve encountered in life where we’ve been stuck, trapped or paralyzed by fear.

If we have a process for working through those scenarios, it will dramatically boost our self confidence in taking the necessary steps forward.  For me, this process involves the methodology I learned about how to tap into my brain in a more creative, intuitive manner by activating the right hemisphere of my brain.

Two decades of  practicing this methodology in overcoming tough obstacles had prepared me for the unexpectedly tough Costa Smeralda moment.  I’ll admit that years of yoga and weight lifting also gave me the needed physical boost. When I made the short, treacherous jump to the sea-facing rock, I realized that I could die in the next minutes.  Thanks to the right brain, instead of feeling afraid, I felt incredibly blessed to have had an amazing life with few regrets. I said a prayer of thanksgiving and then took the big jump. After descending for what seemed an eternity, I splashed down with only slight discomfort to my feet.

Onward to the Sixties!

* A Nobel prize-winning discovery in science has identified the right hemisphere of the brain as responsible for creative thinking, intuition and problem solving, among other functions.  Over the past twenty years this methodology has not failed me as initially used to resolve issues pertaining to intimacy in relationships, and years later, as a strategic secret weapon that helped me lead my company through an IPO (Initial Public Offering) and a major growth phase over two decades.  I had many instances where I faced fear and prevailed. In each case, I unlocked what I need to see me through the challenge, having learned to become very intentional in both my actions and personal life. As a former banker, where everything must add up (literally), I learned to value conventional thinking as well.  When it comes to solving thorny problems, however, I’ve learned to trust the Ideation process, invoking the right side of the brain for those breakthrough ideas