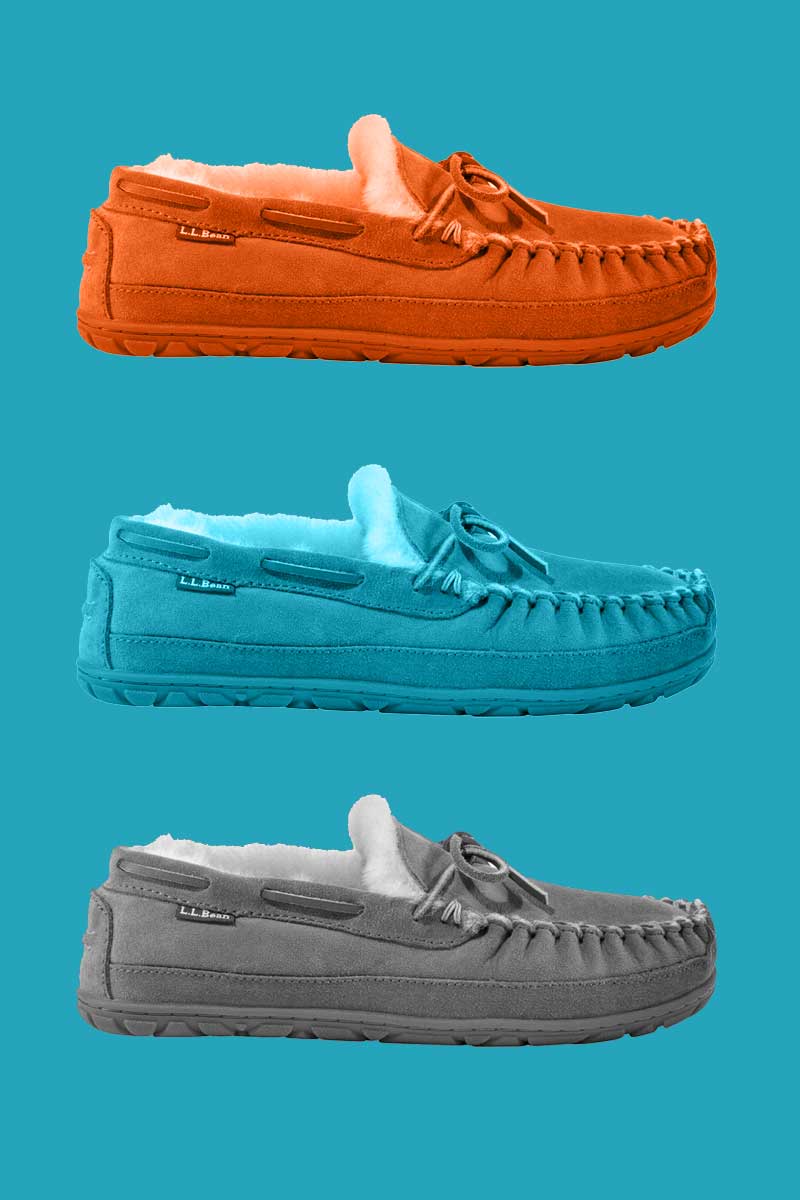 30 Apr Could Moccasins Save Your Job?

THINKING DIFFERENTLY ABOUT WORK
WHEN I NOTICED WHAT TURNED OUT TO A MUSIC TEACHER JESSE BUNGE WEARING SLIPPERS WHILE TRAVELING THROUGH DENVER YESTERDAY, THEY CAUGHT MY ATTENTION. HE STATED THEY WERE COMFORTABLE AND HIS STUDENTS LOVED THAT HE WOULD WEAR THEM.

Most of us want to fit in and don’t want to risk standing out, or at least, too much from the crowd. Unfortunately, this type of thinking also applies to the way teams approach problem-solving in both small and even global sized companies. I’ve observed this trend as facilitator over the past decade. It’s tough to blast folks out of their comfort zones, yet, that’s exactly what’s needed if a team is to obtain the fresh, necessary and brutally honest insights to solve the thorny problems. This trend is catching on. Carlos Brito, the CEO of global giant, Anheuser-Busch InBev spoke to the importance of getting out of his comfort zone and spending more time away from the office in a recent interview with the Wall Street Journal.

I’ve found no faster, better way to do bust teams out of their comfort zones than teaching them to activate the right side of their brains. That’s the half of the brain credited with creativity, intuition, music (teacher is channeling that creativity), and yes, problem solving too! Accordingly, in the Ideation sessions I facilitate, participants tap their more conventional, linear, logical, left brain skills, but learn how to compliment their thinking with the necessary fresh, breakthrough insights the right brain is more known for producing. Best part, they happen on demand, in the session, not after the session when they are harder to harness and apply.

The moccasins reminded me of the slipper story, I first told in my book, Thought Revolution: How to Unlock Your Inner Genius (published by Simon & Schuster in 2014).

BETH DAVIS, WHO has been a high-level executive in the radio industry with giants CBS and Clear Channel, is a smart, acclaimed business leader who typically enjoys success in all facets of her life. But after I taught her the Thought Revolution methodology, she applied it to a scenario from the past that she had not been able to figure out to her satisfaction. It was, in her words, “a real stumper.” One of her few professional regrets in fifteen years of leading broadcasting companies was that she had been unable to save one of her past senior manager from himself. Despite the man’s expansive knowledge of the industry, his superior technical expertise and operational know-how, he was ineffective as a leader. His inability to connect and engage with his team limited the group’s ability to achieve great success. Ultimately, he saw the writing on the wall and left the company.

For several years before his departure, Beth had tried to help her colleague improve his managerial style and communications deficits, but nothing had worked. She considered the man’s departure her own failure as a manager. I asked, “What all did you do to try bringing him around?” She recited, “I met with him in his office; I met with him in mine; I met with him in conference rooms; I brought in a personal coach; I gave him performance objective sone after the other. I tried everything I could think of. But none of it helped him turn the corner.”

“What a perfect challenge for the right brain,” I thought. Aloud I asked Beth, “With the benefit of hindsight, what would you do differently today?” After a bit of reflection, she sighed and answered, “You know, I really have no idea. Maybe I should have met with him in his office more often?” “Let’s turn this over to right brain for a stab at it,” I suggested. She closed her eyes, took a couple deep breaths, even squeezed her pen for some inspiration. What happened next surprised us both.

Beth’s non dominant hand wrote, “Ask him to wear his house slippers to work,” and several other fairly offbeat ideas. She laughed as she wrote them. I asked her, “Are these ideas just plain silly, or could they actually work?” She responded, “No, they really are great ideas. I wish I could turn back the clock. I couldn’t think of anything like this years ago. Believe me, I tried.”

Beth described her past vice president as a quiet and intellectual type who tended to look down on others. “He really wasn’t very personable at all, and I think he knew it. He never really relaxed around other people. That makes for poor communications and an inflexible management style.” Beth loved the notion of him in slippers at work. She thought it might have helped him “feel at home.”. “Wow, that’s definitely an ‘outside-the-box’ solution!” she exclaimed.

Years later, I saw an article about Beth in the newspaper that prompted me to call her and ask whether she continued to use the Thought Revolution Ideation technique. “Absolutely, yes! I’m hooked,” she exclaimed. Her enthusiasm for the technique sparked my curiosity, and I asked if she could share a recent experience. “I can do better than that,” she replied.

“I have a great story that illustrates another time when I was under a lot of pressure to turn around a whole sales team. It’s a little like the old story because their results kept getting worse quarter after quarter and we had grown frustrated about resolving the situation.”

One of the team’s managers had been distracted over the last several months because he was struggling to stay on top of the demands of a complicated family issue as he was dealing with a competitor. When Beth saw a particularly indicative metric, she realized the negative impact his situation was having on his team. She had to step in to work to reverse their decreasing sales as well as to reenergize the neglected team.

Before she did so, though, she prepared to meet with the sales division by asking both her left and right brains, “How can I improve sales for this group?” Her dominant hand delivered the same conventional motivation she’d given this team in the past: “Suggest they make more sales calls.” When she tackled the question with her right brain, her other hand wrote, “Show them what they can earn with a concrete example, like making a car, vacation, or house payment.” In other words, if she were to give each team member a specific example of how much commission he or she was leaving on the table when the group did not achieve its goals, maybe they would motivate themselves to make the extra calls and achieve better results.

Beth’s right brain also suggested she “write them a check.” At first, she told herself there was no way she could write them checks for sales results that they hadn’t achieved. Then it occurred to her. What if she wrote each of them a nonnegotiable, aspirational check for commission amounts they would receive if they brought sales to the expected level?

In the meeting that followed, she presented each person with a sealed envelope. As she did so, she asked them to think about what they would do with extra income if they earned it and instructed them to write down the amount they would need to fund their wish. Then she had them open the envelopes. When they saw the checks inside, they realized that they could get what they wanted. All they had to do was work together at increasing the group’s sales.

“Did it work?” I asked. “Yes, by helping each of them make a personal connection to something specific she or he wanted in life, I was able to refocus their attention on what they needed to do as a group to make their individual goals attainable.” During the following period, sales shot up by double digits, even in the down market of the time. Today, Beth’s sales managers and their teams use the Thought Revolution Ideation technique when they face problems or opportunities. The process has worked so well at Beth’s company that competitors regularly try to lure her top-performing salespeople away.

Beth has come to the same business conclusion as I. From a time-cost-benefit perspective, using Thought Revolution’s Ideation sessions is an extremely effective way of reviewing or gaining fresh insights about all aspects of managing a business. Beth says, “I’ve not discovered another process that works as fast or as well.” One big reason for taking this tool into the workplace is that it allows you to solve problems almost effortlessly. It is as if another person inside answers your old questions about an intransigent problem with surprising new possibilities.

We often get stuck at work as well as in our personal lives. We may need fresh perspectives or a new approach to a problem that doesn’t seem to have a solution. This is especially true when our tried-and-true style of thinking doesn’t seem to work. When that happens to you, you can go to your right brain for the answer using Thought Revolution techniques.

When other options fail, you now have an additional source to call upon. It may even give you a competitive advantage. You no longer have to stay stuck in your personal life or at work. There are innovative solutions waiting for you, but you need to be disciplined to pose the appropriate questions, so you can unlock your inner genius to get the answers.

We’re not all as cool and creative as Eagle Valley High School teacher Jess Bunge, M.M.E, the music teacher from Gypsum, CO pictured above. He enjoyed Beth’s story and said, “Even though I’m creative, I want to read your book.” I happily agreed to send it to him.

William A. Donius is the author of New York Times bestseller, Thought Revolution: How to Unlock Your Inner Genius, published by Simon & Schuster. Donius teaches his creative thinking methodology and facilitates Ideation Sessions for both global clients as well as non-profits.